We’ve been girl-crushing hard on Stranger Things star Millie Bobby Brown ever since she blasted onto our screens as the mysteriously adorable ‘Eleven’. Don’t know who she is? Girl you must be living under a rock. This girl has style, talent and cool girl attitude in spades. Is it weird that we wanna be her when we grow up? Here’s 5 reasons you should be insta-stalking her too.

Millie’s only 13, and she’s already slaying it in the style stakes (we’re going heart eyed over the leather shirt dress she wore to the premier of Stranger Things). If that isn’t enough style #inspo, check her out in Calvin Klein’s SS17 advert.

If you’ve seen Stranger Things, you’ll know Millie is killin’ it in the role of Eleven – she rocks a shaved head and a bloody nose like no one else, and we can’t get enough of her ‘death stare’.

As if her acting abilities weren’t enough, she’s also got serious skills when it comes to spittin’ bars. She slayed a rendition of Nicki Minaj’s ‘Monster’ last year on the Jimmy Fallon show, and this year she returned with a recap of Stranger Things Season 1. Some girls just got it all…

Millie is totes the kinda girl you want in your squad. Maddie Ziegler invited Millie to her first sleepover, and since then they’re total #squadgoals. And don’t even get us started on her cute AF friendship with co-star David Harbour, who plays Hopper…

5. She’s not afraid to say it like it is 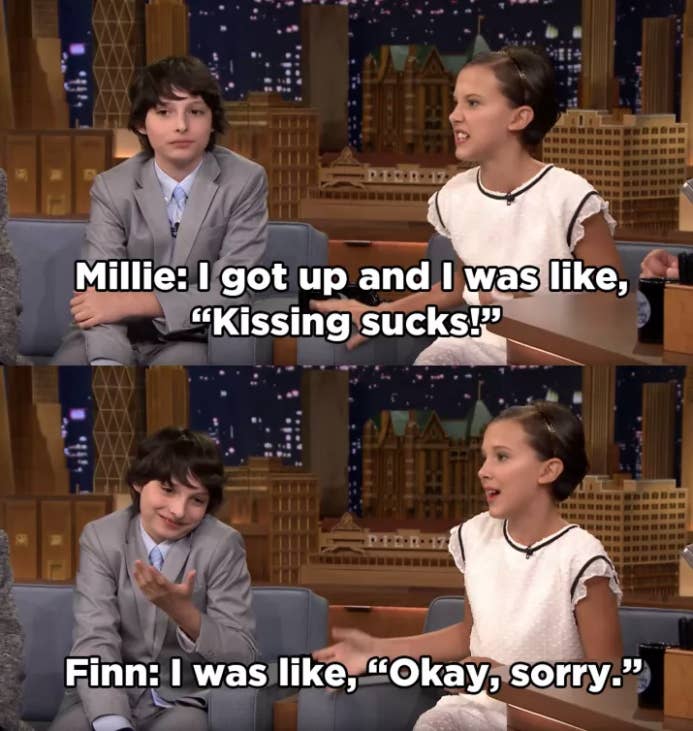